The term UFO means unidentified flying object. Since the dawn of human kind, there has always been news on UFO sightings. Cave drawings were used to record the UFO sightings back in 8000 BC. But the first documented cases started back in 1600s. In the recent past, the UFO sightings came in existence a short while after June 24th , 1947, when a businessman named Kenneth Arnord told a story on how he saw nine, brightly lighted saucer shaped flying objects, as he was flying his private plane near Mount Rainer, Washington. 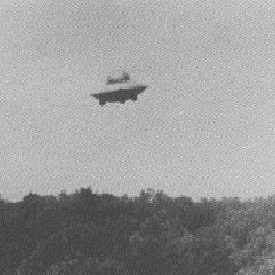 Nowadays, UFO sightings are practically associated with aliens. Tons of reports and eye witnesses report have come forward alleging that UFOs are from space. Usually people with such reports are usually greeted with mass amounts distrust and skeptics by the general public. In America, the idea of a UFO sighting witness is any one that belongs in a mental rehabilitation facility. On the other hand, since the 1600s some of the most influential and smartest individuals in history have made claims of having sighted a UFO in the skies particularly at night.

Among these cases, is a documented case of Johannes Kepler, a renowned figure in the science revolution of the late 1600s. He was among the leading astronomers as well as a mathematician during his time. According to Kepler, in the evening of 17th November 1623 as he was walking home, he laid eyes on a UFO flying in the dark skies.

Ever since Kepler’s discovery, a number of the smartest minds in the science world have reported coming into sight with unexplainable objects flying in the sky. The list is inclusive of scientific “big minds” such as Seymour L. Hess, Fredrick William Herschel as well as Charles Moore just to mention a few. Some of the people who many claim to have been greatly gifted in terms of intellectual knowledge believe UFOs are from extraterrestrial origin. One instance is about Albert Einstein, who was quoted saying “we are not alone in the universe”. Is it truly fair to disagree that the UFO sightings are alien in nature?

Additionally, there are numerous military and governmental personnel who have in the past dismissed the UFO sightings, claiming that they were just simple technological developments being secretly tested. By simply looking back at the technological developments that have taken place over the last twenty to thirty years, their claims may have some back. This could be the reason why many people tend to side with the military explanation instead of believing that there is actually an alien space craft.

In spite of what individuals claim to have seen in the past, the UFOs sightings are still basically regular occurrences. Owing it all to the technological development, more UFOs sightings are being captured and put on credible gadgets to be authenticated by experts in various fields. There have even been some UFO sightings that have captured on video and distributed in media outlets across the world. Whatever your believe is about the UFO sightings, one thing remains apparent: it is just a matter of time before convincing evidence of a UFO is caught.